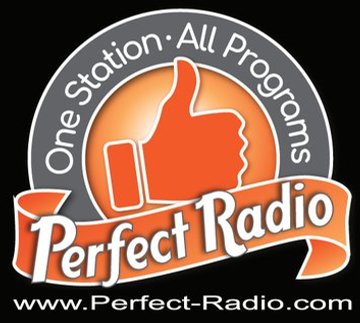 Get Our Free App:

All our programs are available on Alexa via radio.net.

My name is Holger Richter. I'm founder and director of Perfect-Radio.com, the new, somewhat different music station on the net. Below you’ll can get to know my musical expertise, if you like:

I took my first musical steps for entertainment at school parties. My job as a DJ then turned professional after several years. From a village disco with disco fox & oldies I went on to a small town disco with pop, disco & soul. The next stop was a student disco in Würzburg during my time in the German Army, where NDW (new german wave) and rock music were popular. Later I returned to Würzburg to study economics and worked as a hard rock DJ. There I Also I opened a music club, where we played pop, dance, soul, rock and smooth jazz.

My radio career began in Würzburg back in 1987. At Radio Gong Mainland I hosted several evening shows (Rockhouse, Franken-Live, the Saturday evening show) and every now and then a daily program show.

At the beginning of 1988 I went back to my home in Northern Germany, where I was involved in the start-up of the legendary OK-Radio 95.0 rock station in Hamburg as a music editor and morning host.

After the fall of the Berlin Wall in 1989 and before the german currency union, I hosted in addition to my work at Ok-Radio the probably first and last international chart show of the GDR at the “Ferienwelle Rostock”.

After the chart show ended, I went – also continuing my OK Radio work - as a consultant for Radio W1 in Würzburg, for which I did a complete Top 40 relaunch.

In 1991 we changed the OK Radio rock program in Hamburg and started a top 40 hit radio format that was spectacularly successful at the time. And I was also one of the 2 DJs who presented the first German morning show based on the American model. Our music: chart hits and euro dance!

In 1992 I switched to Energy 103.4 in Berlin as music director and morning show anchor, there I also started to work in the field of qualitative program and music research.

In 1994 I started as head of research department for Berlin’s market leader in private radio “Radio Hundert, 6” and also took over as music director for radio 98.2 jfk which was that time connected to the broadcasting center of "Radio Hundert, 6”.

In summer 1995 I moved to legendary RTL RADIO Luxembourg as program manager, where I also became the station's managing director in 2000. Our music: until 2002 oldies from the 50s to 80s, later also 90s pop music, smooth jazz and after the start of our regional channel RTL RADIO 93.3 & 97.0 also current pop and rock music as well as dance and house.

As a DJ, I was also active in Luxembourg and as "DJ Dr. Fred" I hosted the also legendary RTL RADIO afterwork party in Rives de Clausen for over 5 years, which was attended every thursday night from 800 to 1200 guests - week after week! A total of approximately 250,000 visitors!

In August 2014 I moved to Mallorca near Palma and here I hosted an almost one year own sunday evening radio show - also as "DJ Dr. Fred" - at Inselradio Mallorca 95.8. And here I finally had the idea for the project “Perfect-Radio.com.